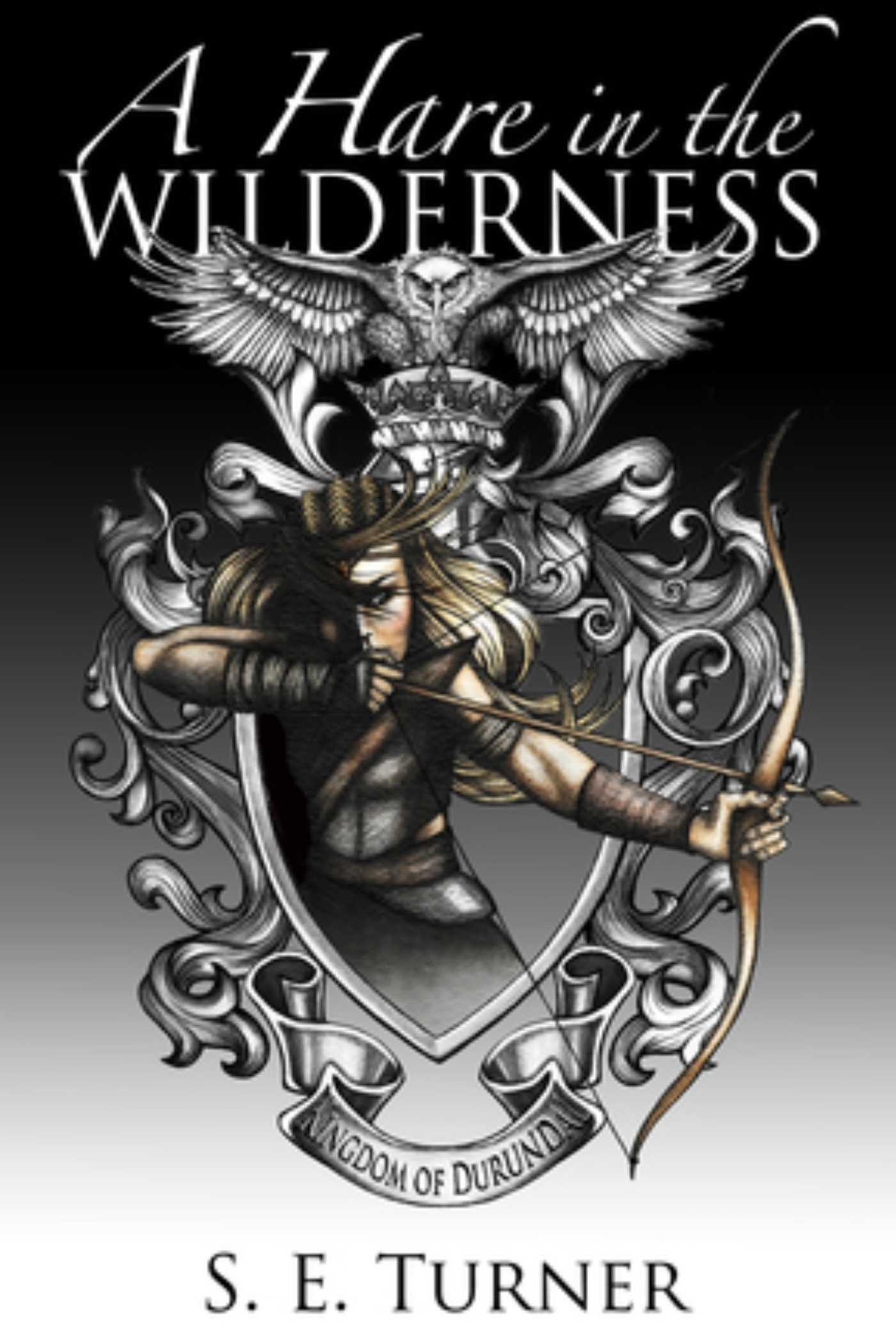 This book was written by Sharon E. Turner, an independent author, in 2018 and has on the inside pages a well-designed coat of arms, depicting the Kingdom of Durundal, which is then followed up by Turner’s other works in this series. I received this book for free, to write an honest, unbiased review.

Before the reader continues to the content of the book, Turner has created a poem, which provides foreshadowing over the novel and informs the reader of what is to come:

“Where clans and courts collide,
Where masters and leaders connive,
Where the rule is to survive,
In the Kingdom of Durundal.” – Intro pages.

Already this provides the reader with insight that the story is based in a world that is harsh to live in, and suggests a dystopian setting where people across the land are unable to live in harmony.

From the first chapter we discover the world in which our scene is set: a strong female character approaching the Castle Dru, which is: “…a crowning place of royalty, home to the Seal of Kings and gateway to the Kingdom,” (para, 1; pp. 1). So we understand from the very beginning that this female character is on a mission and the description of this place she is visiting is an impressive structure which symbolises its importance. The book is written in the 3rd person, which usually helps the reader to see how the characters develop as a group, and this is important to the book by the end.

The description that Turner uses, to describe the world and its environment, is consistent and fluid and does transport the reader to that world. This use of language is also consistent throughout the book, and being a reader who appreciates descriptive writing, it helped me identify how beautiful this world is. I felt that the reason Turner wrote in this way, was to show the beauty of Durundal, and what Turner sees in her mind. This description does help validate some of the more technical things and points in the book, for eg. when the main character, Ajeya, is learning how to use a weapon the description of how to hunt felt very realistic, the dramatisation gives the action more credit and believability.

Before reading this novel, I had researched that it was an ‘epic fantasy’, however, I felt it was less fantasy and more of an adventure/dystopian novel. The fantasy elements that one would normally see were not present in this book, such as a ‘magic’ system,although in the continuation of the series this could change. There is a system in this book that could be seen as such, but it comes across more as a belief system, which works really well with the story. Each person, when they are born, receive a ‘totem’. This totem is then believed to be their ‘spirit guide’without describing it in such a direct manner, and so the characters align themselves, seemingly on purpose, with that totem. To me, this is an interesting part of human nature: if we are given a label, by course in nature we then accept that label (Jaswal and Markman, p. 93.).

From my reading of this book, I feel that the intended audience is appropriate for young adults (15+) as well as for adults, as there are elements that suit most ages, romance, action and also politics. The politics in the book are not overdone or boring however, it works well in the book and gives it more depth and the characters more purpose.

The use of the authors language is of a good quality, there are a few editing issues, such as punctuation errors and the occasional confusion of: who’s and whose, too and to. This could be eradicated with another thorough sweep by the author’s editor, and by no means deducted anything from the book as the majority of the novel was well-written and enjoyable. I feel that the author’s manner of writing suited the audience well, as there was a good amount of description that was understandable for those who have a high reading level.

When reading ‘A Hare in the Wilderness’, I felt very connected with the main character and her mother, who had a positive effect on the main character, in helping shape who she was growing into. We see the main character grow from just a babe to an adult, and see how her mother’s choices have made her the person she is at the end of the book. There was an emotional bridal scene toward the end of the book, where I was actually moved to tears, because the character had been through so much she deserved to be happy. I liked the idea of this strong female character being able to get married, without having to compromise on what she wanted to do. As we know, human history has dictated to women over the years that once we marry, we settle down and become the submissive meek woman to serve her husband. However, the main character: Ajeya, does no such thing and is supported by her partner in her choices, which is a contemporary ideology, that seems to work really well in this book, because it has been centred around strong female characters. I felt that I identified, in part, with Ajeya: she is the woman I want to be. To fight through trial ad tribulation, to be fair and have grace and compassion. Throughout the read, I was rooting for Ajeya, and that’s what you expect from a good book.

By the end, I feel that the book had a suitable ending, it felt positive that it was to be continued, that we might see more of Ajeya in the coming series, and this is the notion that compels me to buy the rest of the books. I hope that Turner keeps the use quality of the language used in the first book, and that we can explore more of The Kingdom of Durundal, after all, there are 10 books so far in this series.

I would recommend this book to others, however, if you are looking for that epic fantasy that this is categorised as, you may be disappointed. I do not know what is in store for the rest of the series, but if you want something with magic in and mystical creatures, this may not be for you. However, if you enjoyed books such as Hunger Games or the Divergent Series, I would think you might like this book and the continuation of the series, although I have yet to read the rest.

A Hare in the Wilderness Summary

Theme: This book is essentially a dystopian adventure story, where the main character is retelling her life story to gain the support of local nobles to rise up against an evil kingdom.

Description: The author tells the story through a 3rd person eye, being able to show the reader how the world effects the characters and how they develop as all the characters appear to have an affect on each other.

Narration: The author tells the story, beginning at the end. The main character is retelling her story, and the book concludes where the story began: talking with the leaders of Durundal.

You can see from Turner’s website, how much she has put into this world. From creating a real-life trailer about the book to some epic art advertising the physical details that Turner sees in her mind. Here it is showcased other works that she has, all fantasy themed so those who are thirsty for a fully-involved fantasy genre there is Sorceress of the Sapphire Part 1 – this is also based in the Durundal Kingdom. You can find A Hare in the Wilderness on Amazon for sale at a reasonable price.

So let us explore this world together, and see what happens in the Durundal Series!

A Sorceress of the Sapphire Part 1 on Amazon: https://www.amazon.co.uk/gp/product/B0867N3ZTV/ref=dbs_a_def_rwt_bibl_vppi_i7